Repairs to small parts of larger projects seems to be the basis of our existence at Woodys / Hydroblast. When asked to modify several water pumps, for one of Australia's own Formula 1 engines - the Repco Brabham V8, I jumped at the chance. For those who don't know, back in the day Repco was Australia's major manufacturer of automotive componentry on a scale unseen in this country since. A hub of engineering talent and tooling that could create almost anything automotive - including the machines that made and reconditioned the actual parts.
Legendary driver/builder Sir Jack Brabham and chassis designer Ron Tauranac together created outstanding race cars, which were manufactured, then sold and driven by the best of 'em. At some point in their career, every modern day F1 champion has driven a car built by this partnership. The cars were identified by the letters 'BT' (Brabham/Tauranac).

With this in mind, let's return to Melbourne in the sixties. A much quieter town than we know today. It seemed a helluva long way from the F1 scene of Europe.  Utilizing his existing relationship with Repco, Jack proposed they design and build a 3 litre V8 to fit in with the new rules. A small but amazing group of engineering minds did the rest. It would take a whole book to explain what happened. In 1966 the the locally built engine powered Jack's car. He won both the Formula One driver's and constructors title - an amazing achievement considering the resources of the opposition.

Fortunately, a handful of the original engineering team still help keep this iconic 60's V8 race engine alive and running today for historic racing events. Occasionally we are lucky enough to see the work of these artisans up close. I hope we can see more.

Not sure if a dirty carburettor may be the problem? It's not only old fuel that turns to muck. Modern fuels leave residues in all the wrong places. Hydroblast now offer a deep internal clean of your dismantled carbies using the Ultrasound process. For details and a short history of carby cleaning click on the 'Ultrasonic Cleaning' tab at the top on this web site. We're here to help. 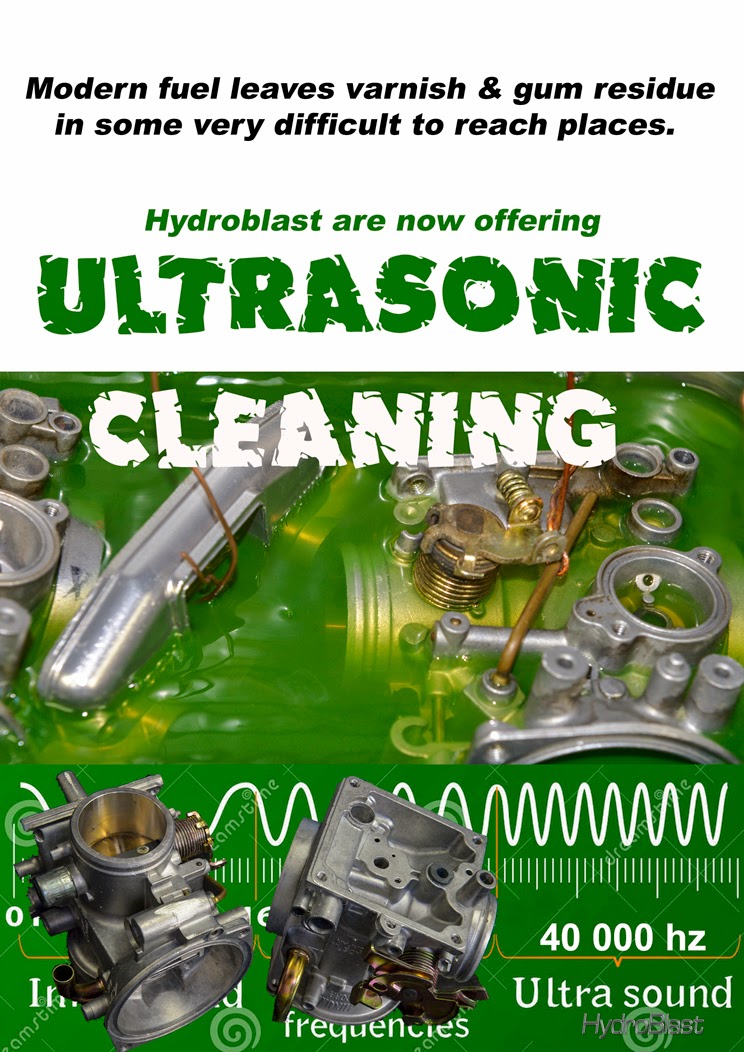